A coast to coast bike trip 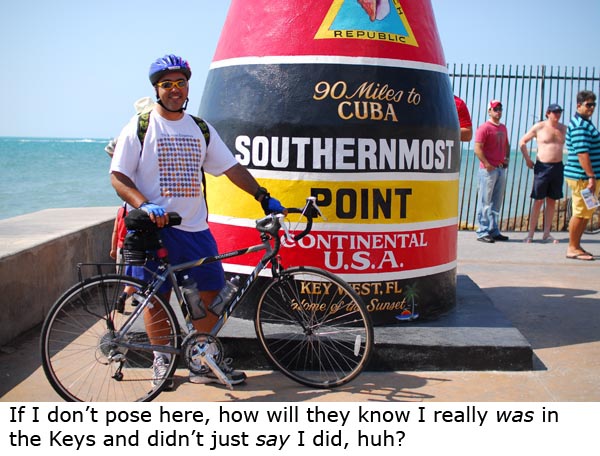 So here I am on Day One of my most ambitious personal project to date: to bike from one corner of the U.S. to the other by bike. It's somewhere between an absurd goal to a once-in-a-lifetime adventure. Probably both.

Confucius said something to the effect of even the greatest journeys beginning with the first step. Me, I'm just wondering if I'm crazy. It's insane. Consider for a moment that I learned to ride a bike in my late teens and from the moment I actually mastered the whole balance thing until my thirties I had ridden maybe a grand total of 10 miles.

Then, some two or three years ago this idea just hit me. Why not? I'll get into great shape I said. And so the idea took form and little by little I put together the gear I thought I'd need. At the time, my wife Angie bought herself another with the tentative desire for her to come along as well and so we began to "train" together in Asheville, NC which is a very hilly, biker-unfriendly city. For a couple of months starting in September '05 we would ride for an hour or so at the local track until it got too cold. Anj would not be able to come after all but I was determined to at least give it my best.

So early in March, the day after my 37th birthday, and just a few weeks after having come back from Morocco and Peru I rented a one-way SUV and packed all my stuff in it, said my good-byes to Anj and the kids and set off.

Late the next day I'm ready to begin and take the obligatory photo of me at the southernmost land-connected point in the states. But the photo is a tad misleading because I would not begin until early the next morning... and missing is the trailer in which I'm hauling all my gear.

But that's not important. I'm doing it! And still pinching myself that after all this time it's happening for real. As I said, day one begins early on March 6th and I surprise myself with a stamina that keeps me going mile after mile - something that I had never before accomplished. I have chosen a route fit for those who are out of shape; that is, one with as few hills as possible. The idea being that I'll be getting in shape during the course of my traveling. Still, while Florida is essentially flat the numberless bridges that link the keys often rise up to accommodate boats passing below and I always approached them with a sense of dread. 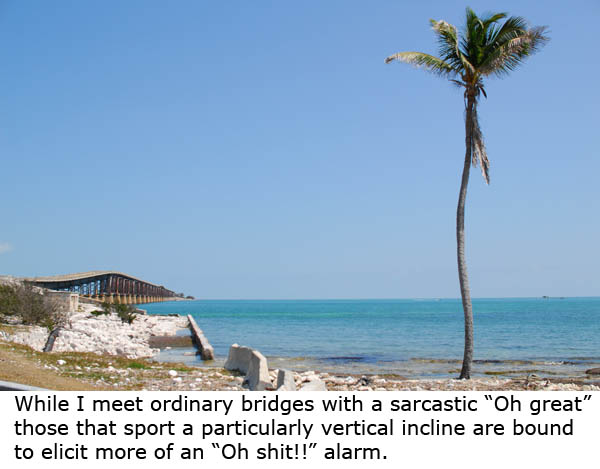 By 5-ish that afternoon I am beyond exhausted and every inch of my body hurts. With a fair bit of luck I manage to sneak in to a state park that was already closed for the night (meaning no $34 camping fee). I have biked today some 60 miles. Wow! Go Ras!