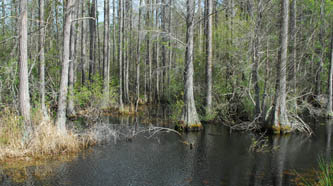 The other day I called my ex-wife and she asked me if I was having fun. Without missing a beat I went on to tell her my daily stats of how much I biked and how fast and what I saw and so on. Yeah but was I having any fun? Hmm... I hadn't thought about that really and after giving it much thought my honest answer would have to be no. The various worries I've spoken of already and the fact that there's little time for sightseeing have spoiled the fun aspect of this trip. Nevertheless, it's ok for it to not be fun. Just like getting a haircut or, a better analogy, going to the gym might not be fun it's still a task worth doing. Call it a great sense of achievement. On top of all this I think this journey does have the potential for being a lot of fun as well if one didn't have to keep a constant eye on the budget and, even more so, on the traffic.

So imagine my disappointment this morning when I finally managed to leave the shoulderless backroads to get on a four lane highway that ALSO has no shoulders. All of a sudden something that for years and hundreds of thousands of miles of driving I had paid barely any attention to is now looming like a deal-breaker for me. There might be an excuse for having no shoulder on a backroad but I thought it categorically inexcusable for a modern four lane highway. And so for the next several hours I took up the right lane of this highway while the traffic blasted past me on the left. I'm writing this at the end of the day and in a motel so obviously I made it ok but, believe me, for every yard forward I made I cursed the D.O.T. bastards who thought themselves clever when they came up with this asphalt-saving scheme.

I eventually reached an intersection where I wound up taking some more backroads. These, of course, had no shoulders (or "Right of way" as they're called here in Florida) but I now resigned myself to either lumping it forward to my final destination without knowing whether I'd have my precious shoulder to ride on or quit altogether. As there is that I know of no map or resource available to let you know which roads are safe to bike on I'm just going to have to take my chances and if I can't take the stress then I might as well quit and go back home.

I had another scary moment when I stopped for a quick drink and left my daypack out of the trailer and rode on without it for four miles before I realized what had happened. In it was my wallet and my $2,000+ camera. My heart sank as that spelled a disaster. The camera is insured (um, I think) but without money I have no idea what I would have done. So with what strength I have no idea but I biked back those four miles at a record-breaking 13.5mph and felt glorious relief to see some kids had put my backback on the hood of a nearby car. I thanked them profusely and offered to give them all my cash but they refused it and said it was ok and then wished me luck on my trip. So all in all I have to weigh my complaints with the good luck I've had so far.

The final 10 miles or so of today's ride went much better as I discovered a bike trail running alongside the highway (which by now had shoulders). With the stress of today's ride and the fact that I had done my first 70 mile day I rewarded myself with another motel stay. Luckily, they have gotten much cheaper since the Keys, this one coming to a modest $41 with tax. 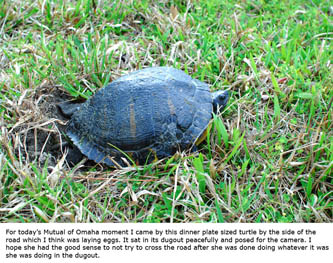